December has been a joyous month to remember at Brooksbank as we have been able to return to some of our traditional programme of Christmas events. Linking up with members of our local community has been especially pleasing as we helped to spread festive cheer ahead of the holidays.

Festivities began with a Christmas Jumper Day to raise funds for Overgate Hospice. A grand total of £545.00 was raised when students were asked to abandon their school jumpers and don their Christmas knits.

Musical festivities began in West Vale at the annual Christmas Light Switch-on. It was a beautiful setting by the Christmas tree. Brooksbank’s 20-strong Choir and Band gathered with members of the local community for a heart-warming round of traditional carol singing.

In the final week of term, Brooksbank’s Performing Arts Faculty was delighted to receive an invitation from our former Headteacher, Kevin McCallion, to perform carols at The Thoughtful Spot Children’s Bookshop in Skircoat Green. The carols were warmly welcomed by shoppers and families alike.

Brooksbank students have also been thinking about those in our community who are less fortunate than themselves. In November, a scheme was launched to collect food donations for Elland Food Bank. The response has been fantastic! 24 large bags and boxes full of supplies were delivered to the food bank’s HQ at Southgate Methodist Church.

Brooksbank’s LRC celebrated Christmas with a spooky take on Christmas at their Creepy Christmas Story Time Celebration. This was an opportunity for young students to read their carefully-crafted scary Christmas stories to an audience in the LRC.

Bringing our Christmas calendar of events to a close, Brooksbank’s Performing Arts Faculty produced a fantastic Christmas Concert to an audience of appreciative students from Year 7. Packed with entertaining pieces of music, singing, drama and gymnastics, this made a hugely enjoyable final Wednesday afternoon. Songs that raised the roof included Christmas classics Merry Christmas Everybody by Slade and Band Aid’s Do They Know it’s Xmas. 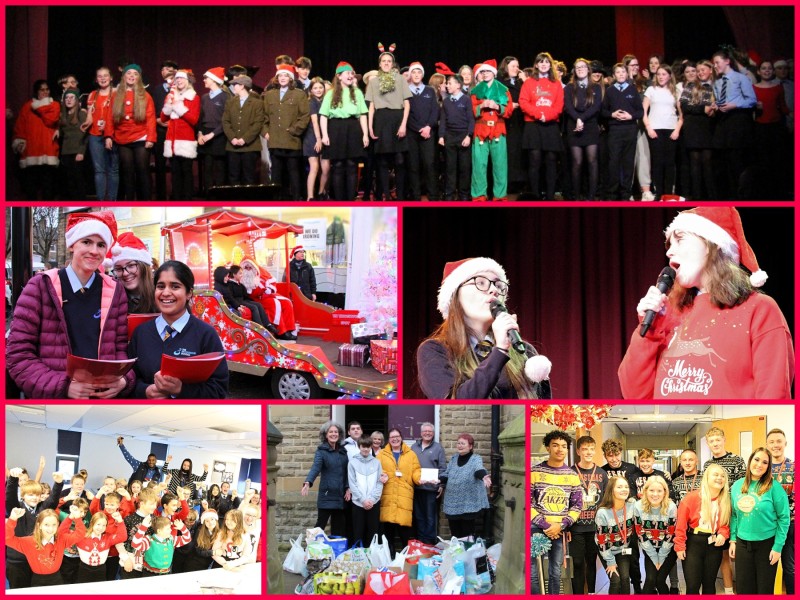