Students have taken their writing skills to the next level in a series of original workshops designed to boost creative techniques. Three workshops ran over three days and augmented topics studied over the term in classroom lessons.

Day two saw students from Year 8 enter a dark, candlelit classroom to participate in a Gothic writing workshop. They had arrived at Brooksbank Manor, an eerie old manor house full of fear and spooky tension. Listening to a Gothic story deepened the mood. Students then worked in flickering candlelight to bank a series of haunting words and used them to create hair-raising sentences. Then ominous envelopes, holding pictures of creepy items, were handed out, and writers had to invent an arresting back-story. Finally, students developed an opening sentence for their own Gothic story.

The third and final workshop targeted the Dystopian genre of writing. This time the classroom evoked George Orwell’s masterpiece 1984, with searching eyes watching from all four walls. Students created a bank of apocalyptic words for use in further activities. They described Dystopian settings, developed characters, and imagined Dystopian societies. This session culminated in writing a doom-laden opening paragraph to a Dystopian story.

The workshops produced some excellent writing results thanks to a clever combination of atmosphere and activity. Well done to everyone who took part! 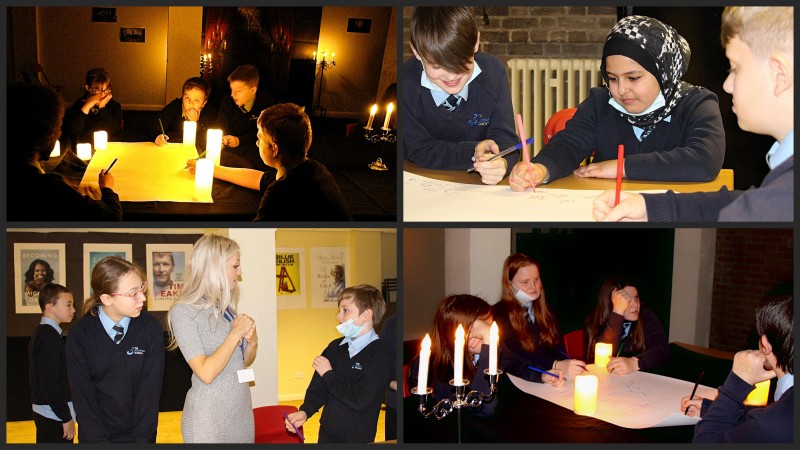